I am one of the luckier souls for being extended the opportunity to travel to Paris for work. Each and everytime I set foot in that very alluring city I fall in love with it all over again.

I was thrilled but at the same time skeptical on giving advice to a colleague, who an adventurer himself was curiously enough setting foot in Paris for the first time, on what not to miss out. Off for a two day business trip, with only the late afternoons to spare for himself, I was confused on how to compile the Paris to-do list. In the end, deciding that it was a futile task to prioritize, I handed over one of the maps that I had saved along with a list of gazillion things to do and sights to see.

T.S. Eliot’s remark is so true “the chief danger about Paris is that it is such a strong stimulant” – I found myself getting excited just drawing up a to do list which included …

Walking down the grand Champs Élysées, where traffic is mayhem but the grandeur is forever present; lighting a candle at Notre Dame; touring around the Sorbonne and the bookstalls lining the Seine; having a cafe at Les Deux Magots; tasting the delicious macarons at Ladurée; cherishing the landmark architecture of Georges Pompidou Center which wears its skeleton on the outside, and enjoying the magnificent artwork collection inside; spending at least half hour at the literary delight of Paris’ left bank – Shakespeare and Company; marvelling at the architecturally divergent pyramid of the Louvre; enjoying oysters at Huitrerie Regis in the 6th arrondissement; hiking up to Sacre Coeur and indulging in the company of the street artists in Montmartre; cherishing the very ornate architecture of the opera building; admiring the red brick and blue-tiled roofs at Place des Vosges where shops supply Parisians with simple things done beautifully; ordering a coctail at Bar Hemingway of the Ritz Hotel; visiting the musée de l’Orangerie and of course having a photo taken at the soaring Eiffel tower.

My collegue was as entrigued by the sheer elegance, grandeur and the charm of Paris as I always am. Paris is like a huge open air museum. We both very much agree with Thomas Jefferson’s quote: A walk about Paris will provide lessons in history, beauty, and in the point of Life.”

A great storyteller that he is, his account of details were a joy to listen to and are presently for me to keep. In the meantime, I delight in sharing some of the photos he was gracious to share with me, which I feel capture the essence of this magnificent and very elegant city. 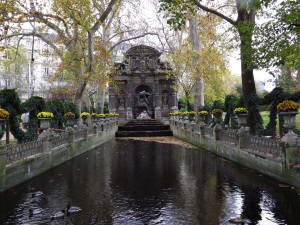 The artists of Montmartre 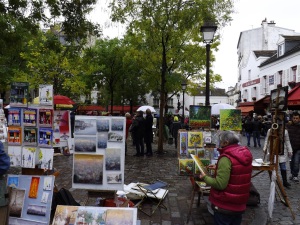 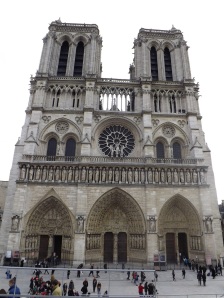 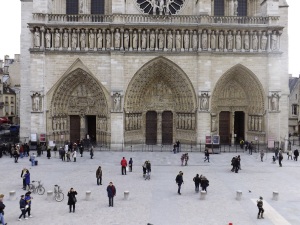 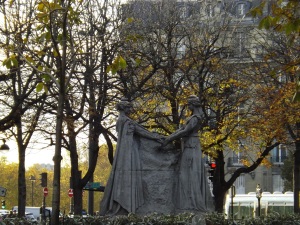 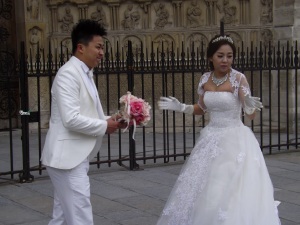 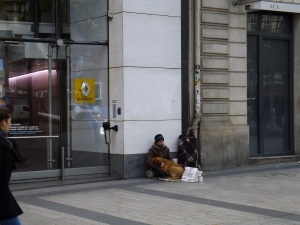 The joy of the festive season 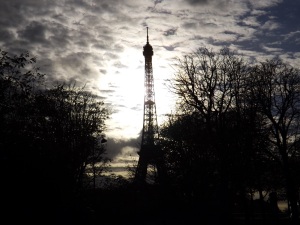 Once again I remember a quote by James Thurber which I had scribbled down in my little yellow notebook “The whole of Paris is a vast university of Art, Literature and Music… it is worth anyone’s while to dally here for years. Paris is a seminar, a post-graduate course in everything.”