It was the first time I had been to Ayvalık , literally “quince orchard”,  off-season.  Only about 120 km from my hometown of Izmir, I used to frequent this small fishing town of 30,000 for delicious seafood lunches on Sundays during the spring months.  It dawned on me that I had not set foot in Ayvalık since moving to Istanbul in 2006. 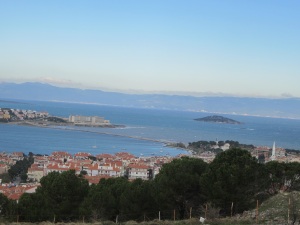 In reality what started out to be a day business trip from Istanbul, coupled into being a delicacies shopping fest.

After contemplating with my colleagues which mode of transport to use, the unanimous decision was the comfort of a car as we had set our minds to buy some olive oil from the local producers.  It always is a nuisance to carry olive oil on any type of public transport – plane, train, bus, somehow that golden liquid always finds a way to spill from the bottle.

My engine was running by 3:30 am to gather the three other colleagues in order to catch the 5:00 am car ferry from Eskihisar (Gebze) to Topçular (Yalova).  The 45 minute ferry ride saved us from driving all around Marmara bay and allowed us time to savour on some cookies with strong Turkish tea and start the incredibly early day on a positive note.

It was spectacular watching the sun rise listening to J. S. Bach’s Brandenburg Concerto No 2 as we made the 5 hour haul to Ayvalık from the ferry station in Yalova accompanied to the magnificent scenery of pine trees and olive groves, past the famous Atatürk silhouette formed by the mountains. 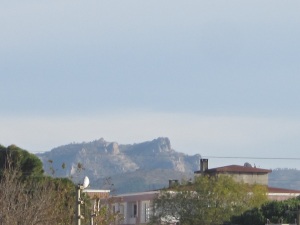 Back in Ottoman times, Ayvalık was an important trade center where many European powers had consulates.  The city was then mostly inhabited by the Greeks who were exchanged with Turks from Crete between the governments of Turkey and Greece in 1923.  The town still holds a very close link to its Greek neighbours and despite being culturally Turkish, architecturally it is very much Greek. 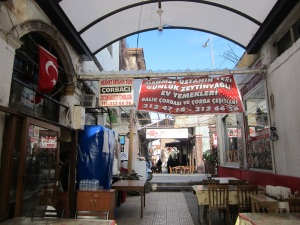 Perhaps due to the very local feel, Ayvalık (Greek: Αϊβαλί Aivali or Κυδωνίες) , is very sacred to us Aegeans.  Even during the extremely busy summer months, it is mostly the domestic population and the Greek neighbours from the surrounding islands that frequent this quiet seaside town on the northwestern Aegean coast of Turkey. 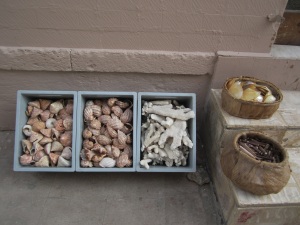 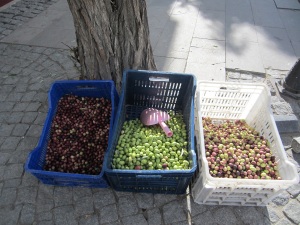 In a sense I am grateful that Ayvalık is mostly known amongst the locals and the Greeks who live across the bay in the island of Lesvos.  It has been spared the overdevelopment which has been a huge blessing for this town to preserve its charm. 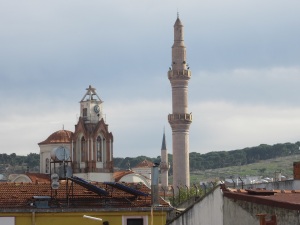 Today red coral diving, fish restaurants, fresh sea urchins, glorious beaches surrounded by the archipelo of islands and the tastiest olive oil pretty much sum up the existence of this seaside district of Balıkesir.

Although all four of us were famished by the time we reached Ayvalık, our first stop was an olive oil market en route to the town center which in fact was the showroom adjacent to the factory where olives are pressed, prepared, canned and bottled.  It was a delight to talk to the very hospitable owners, a very young couple in their late 30s.  They were gracious to give us a little sampling tour of pretty much all the products on sale varying from different types of olives to olive oil, castile soap and even olive jam. 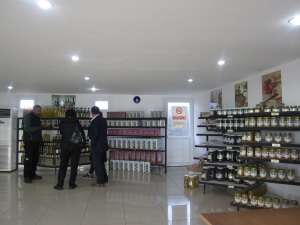 A small part of the showroom is stacked with boxes of mail orders to be delivered to different parts of Turkey.   Due to their meticulous processes, the company is the proud recipient of the 2008 olio award of Der Feinschmeker magazine.

Pushed for time before our appointment, we opted out for a quick bite of Ayvalık toast, and the traditional yoghurt drink, ayran, to suppress our hunger .  Our choice was Avsar Bufe, just opposite the harbour, next to Tansas supermarket where all the toast houses are lined up in a little hub.  Famous throughout Turkey, it is prepared with cheese, Turkish spicy sausages with tomato and ketchup in between two thick slices of special bread and toasted. It is not exactly a gourmet option, but a speciality that is a “must” taste for everyone visiting Ayvalık. 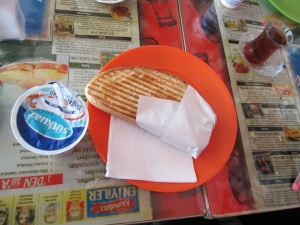 Albeit being sunny, it was a brisk day but that did not deter us from walking down the winding old streets admiring the wonderfully worn looking Greek houses, the chained doors awaiting their turn to be adopted and returned to their glorified days. 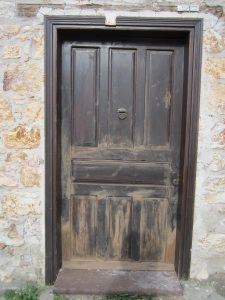 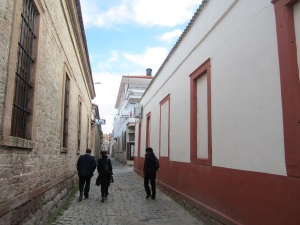 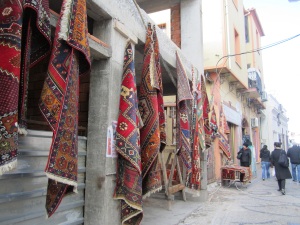 Ayvalık’s old town is definitely a joy to wander around, with its maze of cobbled streets lined with tiny little stores selling local specialties, past Orthodox churches, some of which have been converted into mosques and along the harbour where fishing and sightseeing boats were anchored. The usually very busy cafes and terrace restaurants facing the harbour were awaiting the summer months to bring the Greek shoppers and the locals to add joy to their solitude.

It was a particular feast for us to walk through the antiques market admiring all the beautiful goodies which were owned by those most probably long gone.

The boats that carry all the red coral diver enthusiasts to the sites were docked at the harbor that day, solemly  awaiting for the buzz of the summer to arrive.  Next door, the fishermen were fixing their nets, just back from their early morning adventures with what little they were able to fish awaiting on the boardwalk, and the cats were sunning themselves, prying for the catch of the day. 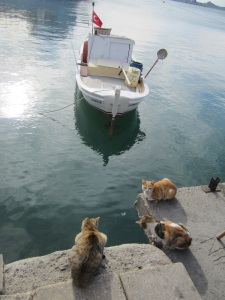 On our way back to the car after the meeting we stopped at a tiny little shop , Darbuka Kardesler, for some local cheese .  The family run establishment is situated in an enclosed open market, brimming over with local delicacies.  The owners were more than happy for us to taste everything on site and gave us their business card with their website so that we can order when our cheese stocks are depleted in Istanbul.

The last local treasure we discovered was Imren Patisserie, a tiny little bakery famous for its very fresh and tasty mastic cookies and “lor tatlisi” which is like a hard shelled sponge ball soaked in syrup.  I understand that this particular patisserie overfills with the locals during the summer.  We were fortunate to finds a seat for a single serving and chat with the owners. 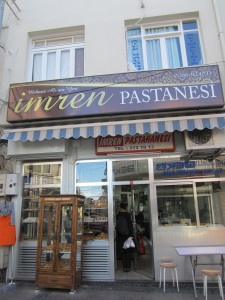 Of course the summer months are bustling with the joy of tourists, carts selling fresh fruit, divers on their way to admire the red coral lying at depths between 30-40 metres, families making their way to bask in the beautiful sandy beaches.  Thursdays witness another kind of hustle and bustle with the whole town flocking to enjoy one of the region’s largest and most vibrant markets with stalls filling the whole town, main streets closing down to make room for the stalls selling everything from fruit to t-shirts.

Each day during the summer ferries run daily in summer between Ayvalik and the Greek island of Lesvos (Mytileni) bringing the two cultures together, less frequently at other times of year.

The international music academy established in Ayvalık in 1998 brings students from all over the world to work with distinguished masters of violin, viola and cello. Music master classes are held every summer drawing in young participants to work with renowned artists for a period of 8-10 days of intense studying.

Each summer also plays host to an Intensive Ottoman and Turkish Summer School in Ayvalık’s Cunda island.  The program is jointly sponsored by Harvard University (Department of Near Eastern Languages and Civilizations), Koç University in Istanbul and the Turkish Cultural Foundation. The program is part of the Harvard Summer school and is open to everyone interested in continuing their study of Ottoman and Turkish for the purpose of academic research, priority being given to doctorate students.

I returned to Istanbul with my car trunk full of bread, shelled and prepared  sea urchins, olive oil, olives, olive jam, mastic jam, tangerines, cookies, cheese and the most serene heart that had been bathed in the allure of this Aegean coastal town.

I finally decided that I really do prefer these towns which are usually frequented during the spring and summer off – season .

Maybe because life is simply slower paced with ample time to soak in the vintage look and calm or maybe because the town is clear of the summer crowds and locals can devote more time to chat or maybe the architectural marvels are more pronounced and emphasize the past grandeur of this peaceful seaside town….who knows.